Actions available for the entity

There are two access levels in the Permissions schema: Class and Record.

Only the Account Administrator can create a class in the Custom object module and make all possible actions with it. Operations with Class entity are not allowed in API.

To set a permission schema for the Class, do the following:

Default Class permission schema is used while creating a class:

A record is an entity within the class in the Custom Objects module that has its own permission levels. You can create a record in the Dashboard and API (see the create record request for more details). All permission levels except for the Not Allowed are available for the record and there are only three actions available and applicable for the record: Read, Update, and Delete.

Default Record permission schema is used while creating a class:

To set a permission level open the required Class and click the record to edit it. 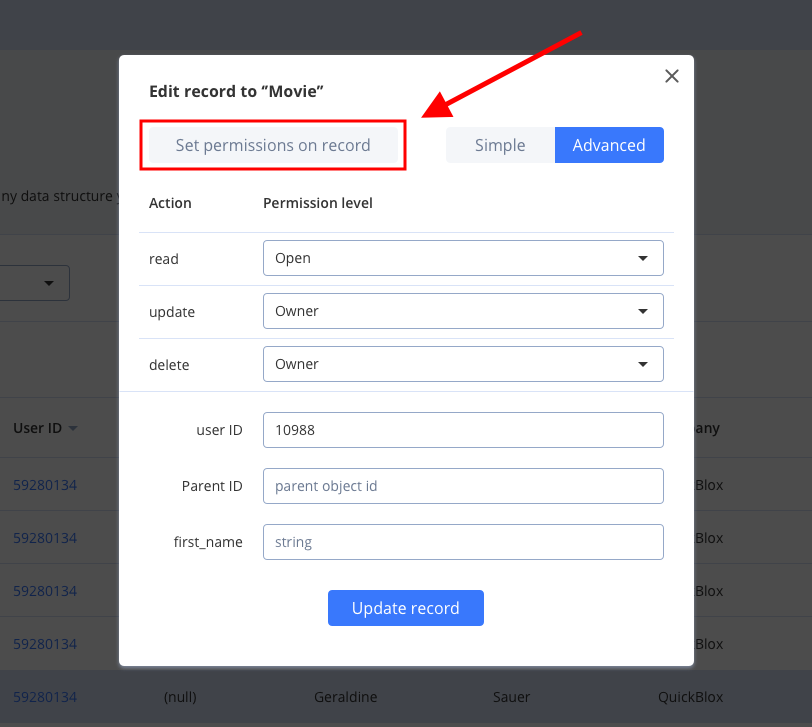 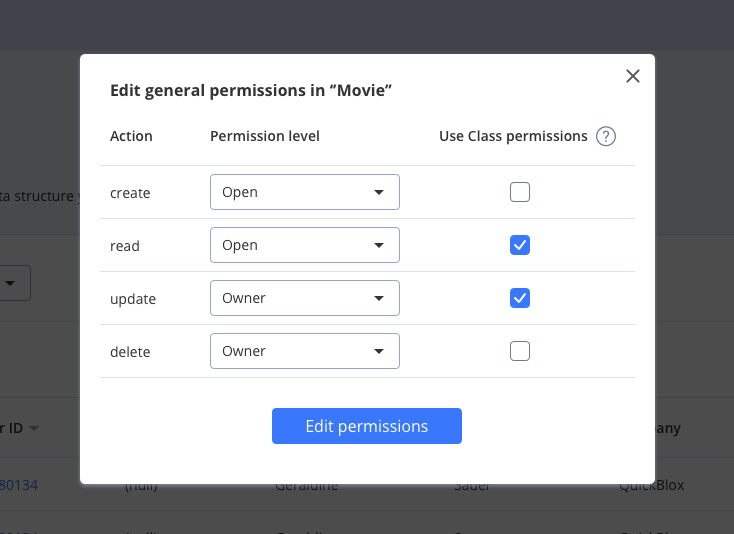 In case, the Admin does not tick the checkbox in the Dashboard a user has a possibility to change permission levels for every separate record in the table or create a new one with the ACL that a user requires.